On Monday, Police filed an FIR on the orders of Election Commission, against Bhopal's BJP Lok Sabha candidate "Pragya Singh Thakur" for making a remark that she was "Greatly proud" of participating in demolition of the Babri Masjid at Ayodhya in 1992

Before ordering to file FIR, EC had issued a Show-cause notice to Pragya over her Babri Masjid remark made in a interview to News channel and Pragya's reply to the notice was not satisfactory.
Therefore, FIR has been registered against her for violation of Model code of conduct

Her remark was a violation of chapter 4 of the model code of conduct, which pertains to maintenance of harmony between castes, communities, religious, linguistic groups.

Not to forget, before brewing Babri Masjid controversy, She had claimed Hemant Karkare died during the 26/11 Mumbai terror attacks as she "cursed" him for "torturing" her when he was probing the Malegaon blast case as chief of the ATS.

PM Modi defended the decision to field Pragya, saying it's a reply to those who tried to link the Hindu civilization to terror. 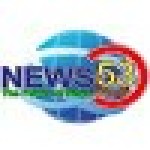